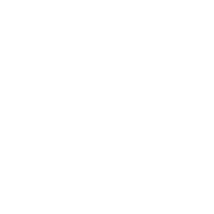 – On Our Tenth Anniversary Message

Over the ten years since we released Japanese Taiko Percussion for BFD2, Sonica Instruments has followed a path of communicating the true form of traditional Japanese instruments through the development of software instruments. Our goal in crafting software versions of these distinctive instruments is not to create quick and simple realistic-sounding emulations. Rather, our passion and our mission is perfectly recreating the beautiful sounds of these instruments for people around the world. Our other objective is to inform people about the exquisite and dazzling sounds of Japanese music and about the amazingly talented performers who coax these wondrous sounds from their instruments.

On the occasion of our tenth anniversary, we, at Sonica Instruments, want to express our thanks to the many musicians who have lent us their talent and to all our supporters who have backed our products with such enthusiasm. Sonica Instruments has produced several special videos to celebrate our tenth anniversary. We asked Takinojo Mochizuki, the hayashi ensemble percussionist who performed on the Kabuki & Noh Percussion library, to collaborate with us. The result of this collaboration are one-of-a-kind videos that document performances by a kabuki hayashi ensemble of four instruments (kotsuzumi, otsuzumi, taiko, and Noh flute). We are confident the spellbinding performance of just three drums, a flute, and kakegoe calls will heighten interest in traditional Japanese music and its performers. 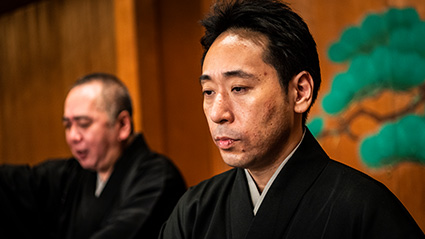 Issei [one voice] is a short vocal sung directly after a character appears on stage. Issei is also said to be the origin of the expression daiissei wo ageru [inaugural address] used during political elections. Issei exists in several forms in Noh as entrance music, primarily when the shite [lead role] or waki [supporting role] comes on stage, and it also appears in kyogen comic theatre in a slightly altered form. An infinite variety of characters enter the stage to issei entrance music, not just spirits and ghosts but people too, such as the Soga Brothers in Sogamono and the fisherman in Hagoromo, two famous Noh plays. In kabuki, issei is used to mark the entrance of various characters. It is almost always used in abbreviated or modiIied fashion in the kabuki realm. 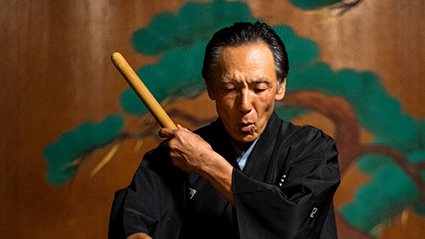 Ranjo is music performed in Noh’s Shakkyo. It is also performed in shishimono [stories about mythical lion-­‐like shishi creatures] in kabuki music, such as the Renjishi and Kagamijishi plays. When the shishi, a sacred beast, enters, the ranjo is performed majestically by a flute, kotsuzumi, otsuzumi, and shimedaiko. The ranjo piece begins with a mae-­‐ ranjo prelude that builds anticipation for the shishi’s entrance. This is followed by the kotsuzumi and otsuzumi performing a tsuyu no dan — long, soft music that symbolizes dew falling on a deep, quiet, ghostly valley — just before the magniIicent entrance of the shishi. Ranjo pieces vary slightly between nogaku hayashi and kabuki hayashi, as well as by the school of theater, but the general progression is the same. 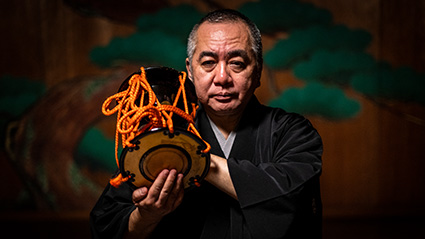 Like the ranjo, the kurui is performed in Noh’s Shakkyo and in kabuki shishimono plays. In a Noh play, its tempo intensifies as each segment builds, although the extent varies between productions. In kabuki, the kurui is performed at the same pace, although some exceptions are seen. In Noh plays, the kurui is denoted by the voice of the flute entering a beat ahead of the percussion, a rhythm known as wataribyoshi. In kabuki, the wataribyoshi rhythm doesn’t appear because the kurui is composed as an accompaniment to the shamisen with the Ilute and percussion entering on the same beat. 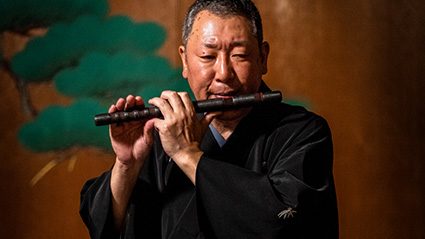 Chu no mai is a type of dance in Noh. It is called the “basic” dance of Noh because it is performed at a medium tempo that is neither fast nor slow. Chu no mai is danced by beautiful women, aristocrats, and crazed women to various songs. There are two types of chu no mai: those performed with the flute, kotsuzumi, and otsuzumi and those that also include the taiko.The dance usually consists of Iive segments, but occasionally it is danced in three segments. There are patterns in kabuki music called chu no mai, but their tempo varies by piece and though some are divided into segments, most are not. 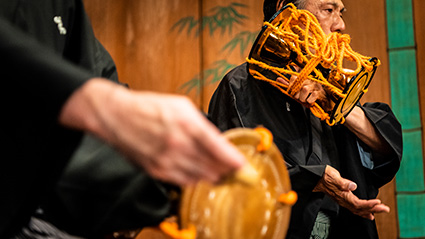 Like the ranjo, the kurui is performed in Noh’s Shakkyo and in kabuki shishimono plays. In a Noh play, its tempo intensifies as each segment builds, although the extent varies between productions. In kabuki, the kurui is performed at the same pace, although some exceptions are seen. In Noh plays, the kurui is denoted by the voice of the flute entering a beat ahead of the percussion, a rhythm known as wataribyoshi. In kabuki, the wataribyoshi rhythm doesn’t appear because the kurui is composed as an accompaniment to the shamisen with the Ilute and percussion entering on the same beat.

The Music of Kabuki and Nagauta Hayashi Ensembles

Kabuki hayashi is the name of a section, comprising three drums and a Ilute, that performs music during kabuki performances.These ensembles originated out of the drum and Ilute music that accompanied traditional Noh theater performances. These ensembles were called nougaku hayashi. For a long time, they were also referred to as nagauta hayashi ensembles because they would mount the stage and perform epic nagauta songs as well (termed debayashi [on-­‐stage ensembles]). When kabuki emerged at Kyoto’s Shijougawara theatre at the start of the Edo Period, these nougaku ensembles apparently joined in to accompany the performances. Shortly after the birth of kabuki, the shamisen rose in popularity. Because of its rich expressiveness, it took over as the lead instrument in kabuki music. Consequently, hayashi ensembles shape-­‐ shifted into accompanists to shamisen music.

I expect it took no small amount of ingenuity on behalf of these pioneers to switch from accompanying the songs and dance rhythms of Noh theatre with shibyoushi ensembles (the “four rhythms” referring collectively to the kotsuzumi, otsuzumi, taiko, and Noh Ilute) to keeping up with the free-­‐ form rhythms and melodies of shamisen music. That’s because in Noh, the hayashi ensemble has a drum-­‐like impact that supports the “framework” of the music, whereas in shamisen music, the ensemble takes a more percussive role. This led to the development of special playing techniques like the chirikara rhythm that closely mimics the shamisen’s rhythm. And as the scope of drama within kabuki itself evolved, a greater variety of percussion instruments, including the large dadaiko drum and handbells, and Ilutes were used for speciIic purposes, so the musicians could express more meanings and spectacles on stage. This important section, known as kabuki hayashi or nagauta hayashi, continues to this day.

One thing common to shamisen music and to other traditional performance arts in Japan is the lack of a conductor, even with a large ensemble, when performing classic period music. While the tate, or lead instrumentalist, of each section leads the performance in general, each performer carefully observes the overall progression of the music and performs with an awareness of their own position and role in the music. This is critical, because only when this is achieved will a performance come together with true harmony.

With improvements in performance technology, Japanese instruments have come to be routinely used in modern Japanese musical composition and performance. Major orchestral pieces now exist where, for the Iirst time, conductors lead the performances. This is undoubtedly an important development. But more often than not, I can’t help feeling that these are performances of Western music with Japanese instruments. The feeling is similar to Japanese people trying to operate in English. I often use the metaphor of language when talking about music. For me, Japanese music is like written Japanese, a mixture of kanji ideograms and phonetic kana symbols. In the same vein, Western music is akin to letters.

Ideograms are distinctive in that you can’t understand them by sound alone without already knowing the meaning of the character. The meaning of phonetic symbols can be felt just by hearing them. This is, Iirst of all, a cultural difference and the reason for the vast variations in musical languages. Based on this idea, I want people to place both classic period music and modern music on the same continuum.

My dream in the future is for modern music in the Japanese language to be ubiquitous the world over. At the same time — and this may seem to contradict this dream, I continually hope for the day when composers around the world can include parts for Japanese instruments in their compositions as naturally as other instruments.
(Text by Takinojo Mochizuki)

Takinojo specializes in playing traditional Japanese percussion instruments such as the kotsuzumi and other hand drums. Performing in a variety of styles, from Kabuki music to modern, he is an undisputable master of Japanese folk music and folk instruments. 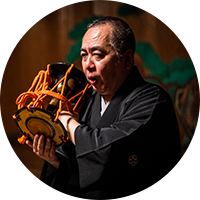